The Egret, the Photographer, and the Universe

The days have become markedly longer. The eye-catching creatures around us have become more abundant—there are birds everywhere still, but butterflies and damselflies and dragonflies are also beginning to appear. Flowers are starting to bloom.

In the midst of this abundance, I have been following my practice of spending time in Nature at least once a day and often twice. The camera I carry with me has been like an added eye, helping me see things that would otherwise have escaped my attention or happened too quickly for me to have registered them.

One recent morning, the photographs I was prompted to take led me to a rumination that I would like to share with you briefly.

The venue was a beautiful small lake in a park in the community in which we now live, Maple Grove, Minnesota. There is a walking trail around the lake, loved by grown-ups and children of all ages and many colors. I was walking in the early morning, however, and there were more birds to be seen than people.

The sight that first caught my attention was a great egret (Ardea alba, Family Ardeidae), a spectacular white bird that is found in many American wetlands. It was standing in very shallow water near the edge of the lake. When I first saw the bird, it glowed white against the rich reflections of the green vegetation along the shore behind it. 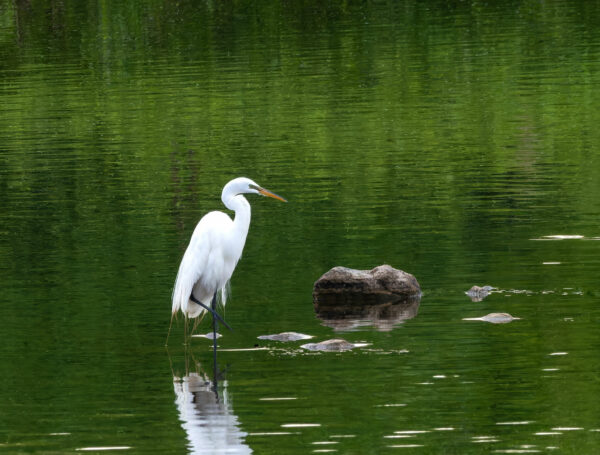 After watching the egret for a while and taking a number of pictures, I walked on. The egret itself remained virtually unmoving, but after I had taken not many steps, the scene changed strikingly. Instead of rich green, the background against which I saw the egret was the very slightly rippled surface of the water that the overcast sky made appear gray. 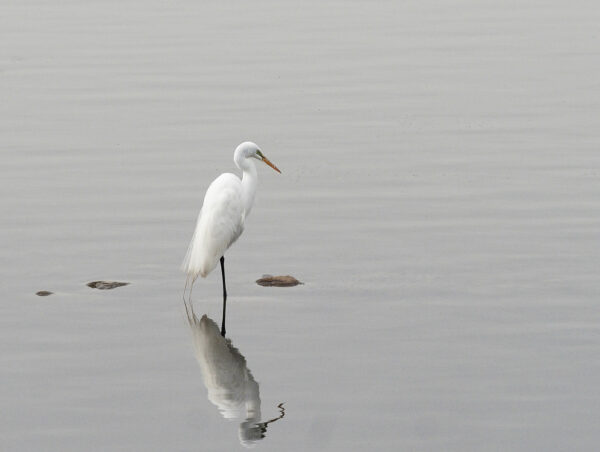 I took some more steps, and the scene changed again. Now the egret appeared a truly brilliant white, and the surface of the water splendidly smooth. The reflection of the egret in the water was evenly bright and did not have the marked shadows of a few steps earlier.

After a while, I left the egret still standing on one leg and continued my walk. As I walked, a question suddenly emerged in my mind. I had seen one egret, standing in one place. From the first picture to the last, I had moved only a few scores of yards and only nine minutes of time had elapsed. The camera was the same. The photographer was the same. And yet, the pictures were so different! How did this come to be?

What changed as I walked was the geometrical relationship between the egret, the camera, and the direction of the light. Every photographer is aware of the importance of this relationship. Moving either the camera or the subject even a few inches, or changing the direction of the light, all can affect the details of the resulting picture and hence the feelings it evokes. Photographers are keenly aware of this.

In this practical sense, there was no great puzzle. My relationship with the egret that morning, however, led my thoughts further. Where did the light, whose direction was so important, come from? It came from the Sun, of course. But what is the Sun? It is a star around which our home, the Earth, orbits. So, it was a star that allowed me to see the egret and it was a star that made the pictures I took from points separated from each other by only a few yards be so different.

I came to realize something important in a new way—we live in starlight! It is a star that glows in the sky and gives us our days from morning till dusk. 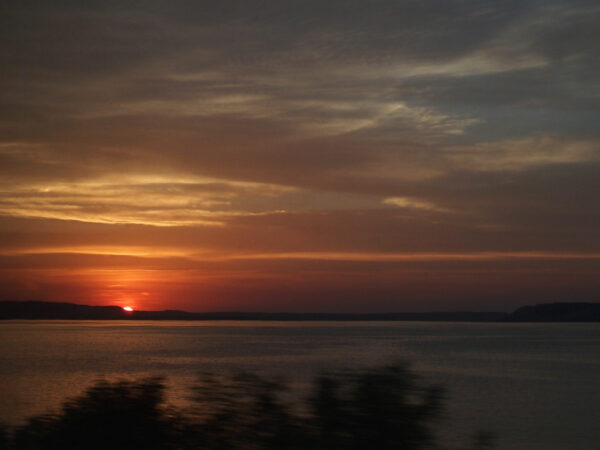 It is a star that allows us to see the world we live in. 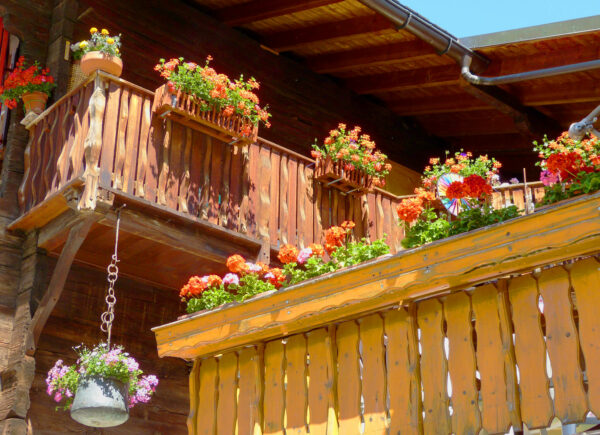 It is a star that sheds light on the moon we love to see at night. 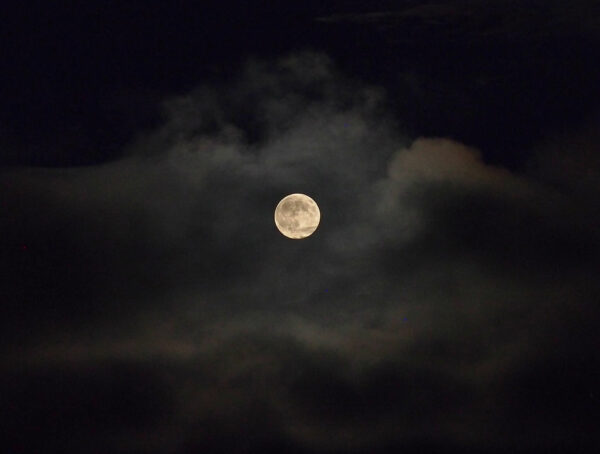 Our star, of course, is not the only one. If I look at the sky on a clear night, I see it filled with stars. The egret and I and our whole Earth relate to one star among a vast number of stars. And many of the points of light I see are not actually stars, they are whole galaxies each containing billions upon billions of stars. And beyond the stars and galaxies that I can see are untold numbers of others, out beyond the reach of even the most powerful telescopes we humans have built.

The Universe is filled with stars. We are tied to our own star, and through it to the rest of the starry Universe, every moment of our lives. Realizing this truth in a fresh way, starting with an egret glowing in the morning light in Maple Grove, Minnesota, made me feel grateful to be alive and at home in the Universe in a yet more profound way than I had felt before.

I invite you to try a similar exploration. As you go about your daily life, remember from time to time that you are living by starlight. See how that affects your sense of who and where you are.

41 responses to “The Egret, the Photographer, and the Universe”